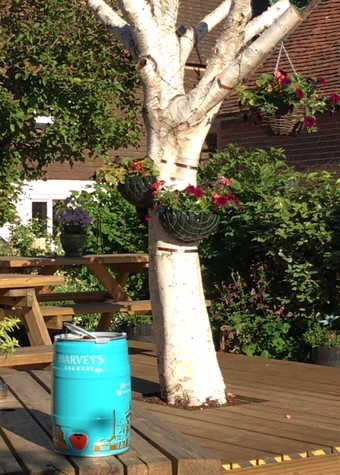 Armada Ale has a pronounced yet balanced hop character, derived from Fuggle and Golding hops.

The golden colour is derived from a premium malted barley originally grown for continental lagers. A thirst quenching and refreshing brew, it is best served chilled.

With a delicate grassy and earthy hop aroma, the refreshing bitterness of this beer is balanced by the subtle malt flavours which make for an extremely drinkable pint that has a dry finish and lasting after taste.

It was first produced in 2005 to celebrate our major summer award at Kensington Olympia for Best Bitter.

Our most famous and popular brand - it makes up over 90% of our total brewing capacity. Winner of the Champion Best Bitter of Britain title at CAMRA's Great British Beers Festival in 2005 and 2006. First brewed as recently as 1955.

Wharf IPA is a modern heavily hopped IPA. It is brewed with new hop varieties to create a joyful outpouring of fresh flavours from the bine.